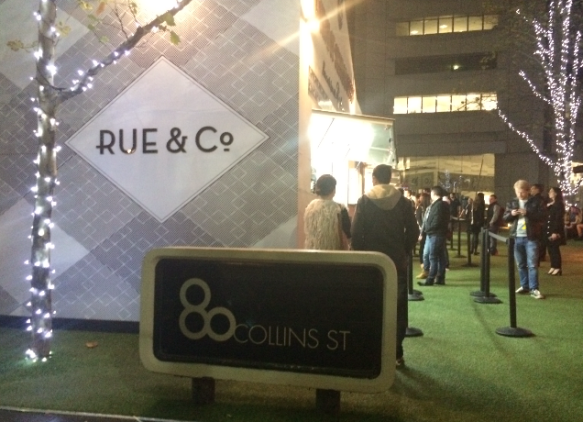 We were wondering around for a place to eat for dinner and saw some astro-turf and bright lights, which captured our interest. We walked over and had inadvertently stumbled upon a Melbourne pop-up on Collins street. Surprise! Awesome food. It was great, they had three shipping containers turned into food stalls and heated seating areas. Eating, seating and heating, exactly what I wanted on this cold winters night. 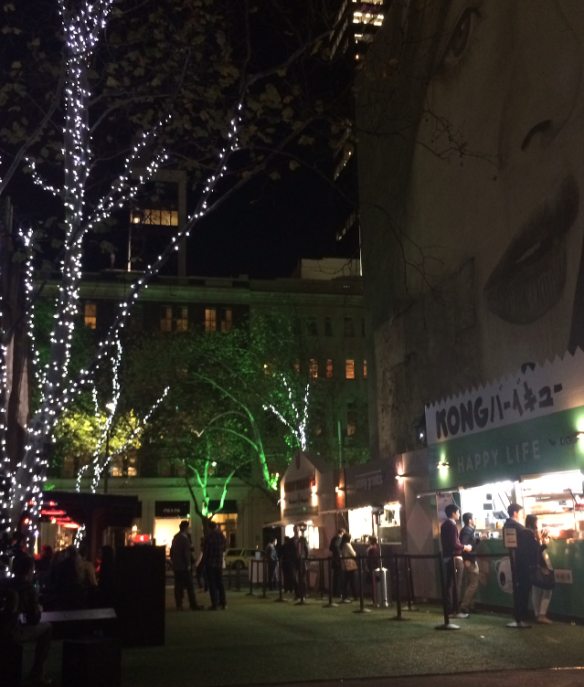 Just when I thought it couldn’t get better, it got better. We were surrounded by some amazing artwork. There was a giant portrait of a woman on the wall and a digital installation projected on the other wall with a range of moving images. My fave part of the installation was the diamonds floating across the screen, they sort of moved like hot air balloons floating in the sky. 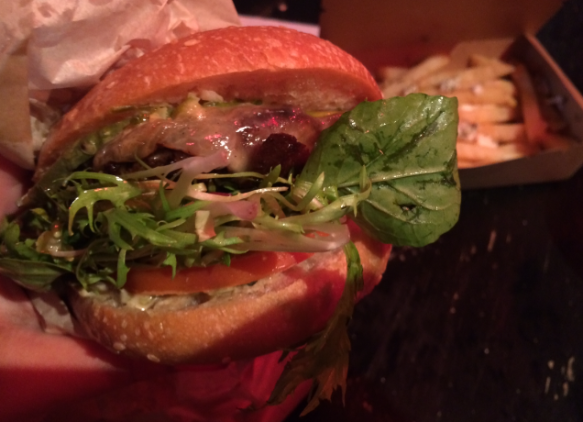 There were three stalls. One was Salvatore Malatesta’s St Ali where you can get some amazing burgers. They serve yummy breakfast burgers in the morning and other delicious burgers during the day and night. They also serve quality coffee and some cheeky desserts. Delicious giant cookies yum! I had the beef burger with melted cheese, lettuce, tomato, pickles and special sauce. It was classic and delicious. They had the mushroom trip burger with a pickled wild mushroom for the vegos, which sounded yum too. 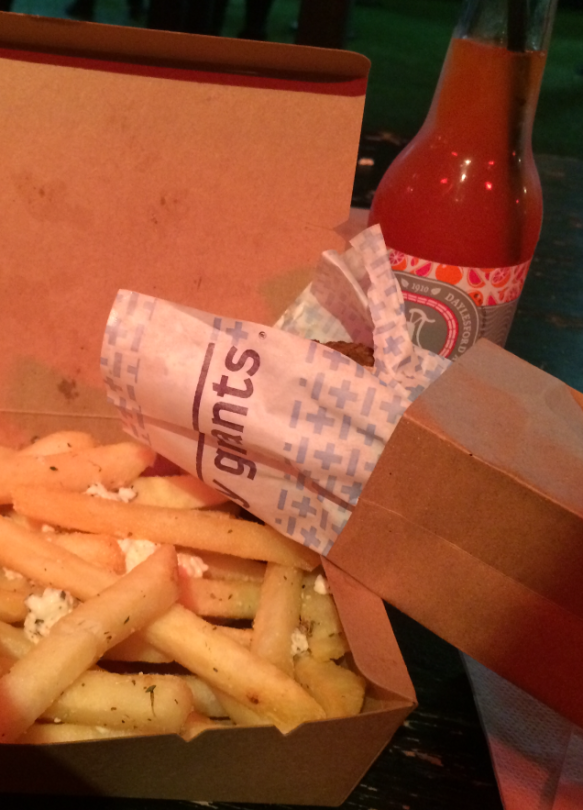 The middle stall was George Calombaris’ Jimmy Grants. They had the Mr Papadopoulos (which is the lamb souva w chips mustard aioli, onions & parsley). The meat just falls apart, the bread is soft and fluffy and the chips are already in the souva. Love it. And the Homer, which is the veg option, has tasty falafels, greek yoghurt and helenic slaw. They also had some salads (the famous grain salad), jimmys dimmys (dim sims) and their chips with feta, garlic oil and oregano yum!! 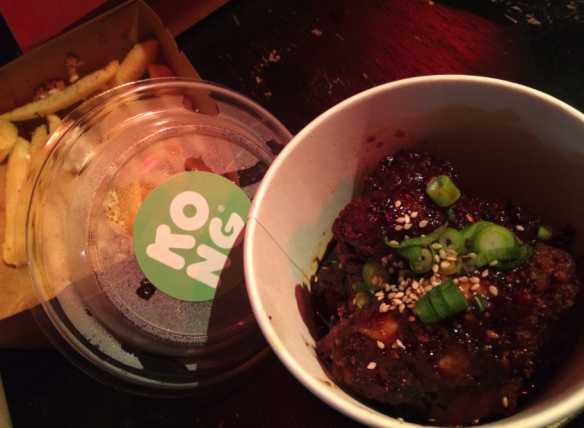 The third stall was Chris Lucas’ Kong which had Korean chicken wings, steamed buns and some roti wraps. So many yummy things to choose from. I tried the chicken wings w honey, garlic and sesame seeds which was nice, they had spicy ones too. They had pork steamed buns and tofu ones that looked delicious. They were those open steamed buns, Gua Baos. They also had some roti wraps, which I want to go back and try. Pulled pork, slaw, kim chi, siracha mayo all rolled in a roti wrap. Sounds delish.

It was mostly exciting because I didn’t know the pop-up was there. I must have missed the memo but I’m glad I did because just finding this place accidentally gave it all the more charm. We had some restaurant ideas in mind but hadn’t decided on where to eat. We naively wondered right into the adventure we were looking for.  This pop-up came out of nowhere; I guess that’s what they do best. It was great! Sometimes when you are wondering through life, something unexpected throws all your ideas out the window and presents to you exactly what you are looking for.  If something great comes your way, don’t be scared to change your plans.