So today we ventured out into Melbourne’s 40 degree heat to celebrate Chinese New Year in the city. First stop Chinatown. They had the big dragon and the lion dances. I like when the lion jumps up and eats the lettuce, aww it’s so cute. Lettuce is hung above the doors of the restaurants with a red packet of money. The lion eats the lettuce and red packet. And just for the record, if there was a red packet of money in my lettuce I would definitely eat more of it. The lion jumps up and eats the lettuce and scatters leaves around to symbolize a fresh start for the new year and to spread good luck. 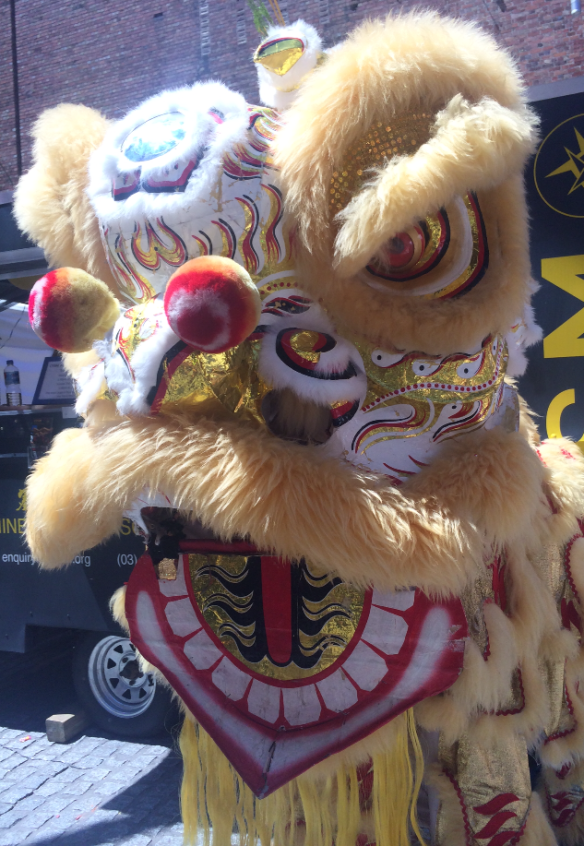 The great thing about celebrating the Lunar New Year is that it is tradition to celebrate with delicious food. There were lots of street food stalls setup around the area. There was a variety of skewers available, chicken satay, bbq pork, marinated squid, corn on the cob. Skewers are good because they are a one handed meal. You can eat them on the go. They allow you to continue browsing stalls without difficulty. 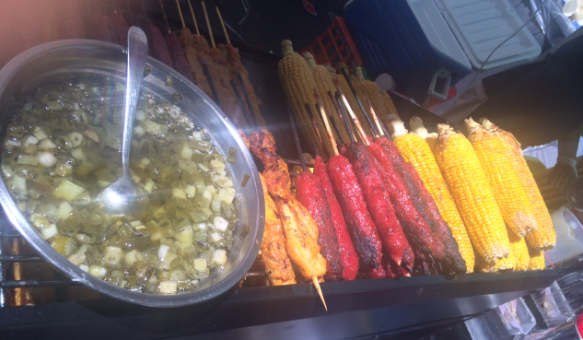 No celebration is complete without beer battered potato twists dusted with a generous amount of chicken salt. Yum. 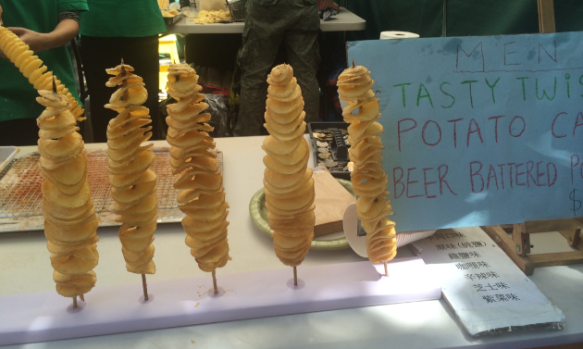 They had square chunks of rice noodle fried with an egg, topped with spring onions with a sweet soy sauce which was delicious. It looked like tofu but it was actually rice noodle. Which was strange for me because I’m used to noodles looking long and stringy but I liked the change. I dig it. It’s hip for noodles to be square. 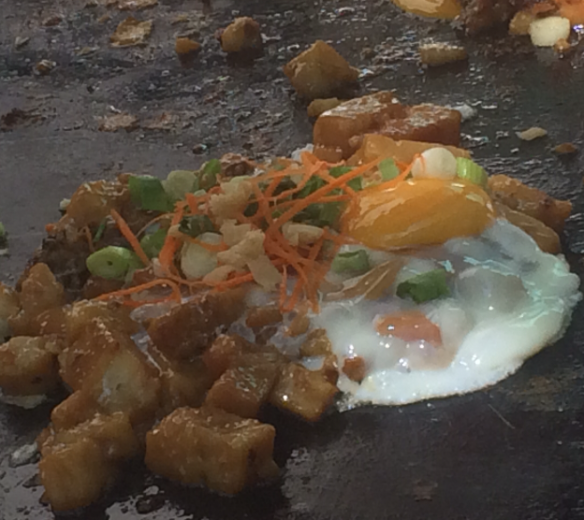 Then for something sweet they had these little mini pancakes (bigger than dutch pancakes but smaller than pikelets) filled with red bean, chocolate or cream. It tastes like something from breadtop. I paired that with sugercane juice which had a squeeze of cumquat juice. It was refreshing but it was particularly sweet, which I should have known, it being sugarcane and all. Second stop. Crown Casino. At Crown they had CNY stalls setup outside along the yarra river with a big stage with CNY events held throughout the day. 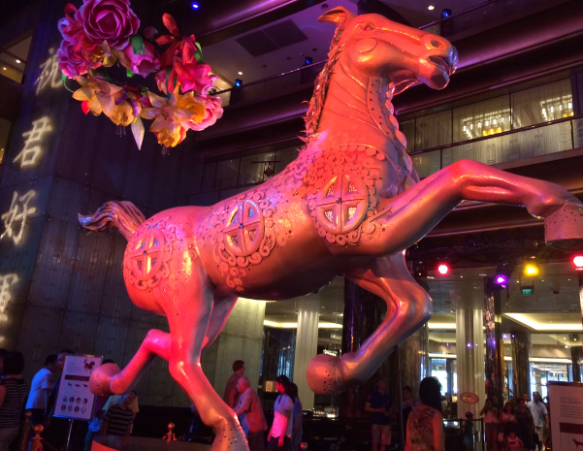 We went inside Crown for refuge from the heat. In the food court they had a Hutong Dumpling Bar store. What? My favourite dumplings were available right there in the foodcourt? I was convinced it was a mirage. After all we had been in the heat for an extensive period of time so this idea was totally feasible. To my delight it was no figment of my imagination, there was definitely a Hutong Dumpling Bar standing in front of me in the food court at Crown. The Xiao Long Bao (Soup dumplings) from Hutong are my favourite dumplings ever. I was confused at first and thought the idea of having the dumplings served in a food court seemed to devalue their worth. But after much research (eating them and then eating them again) I realized the dumplings were just as good as at the restaurants only they were more accessible. So Yummy! 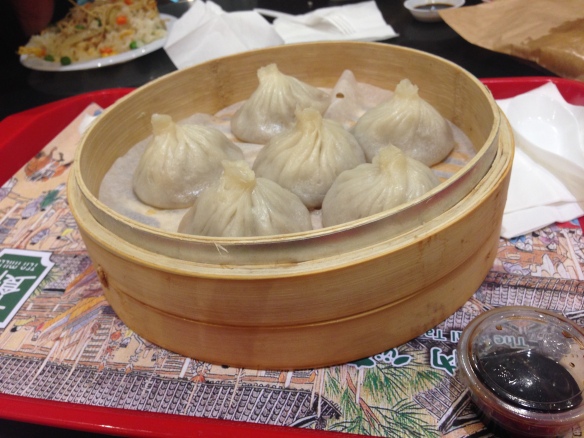 Today was filled with great food, friends and fun. Wishing you all Good Luck for the year ahead.